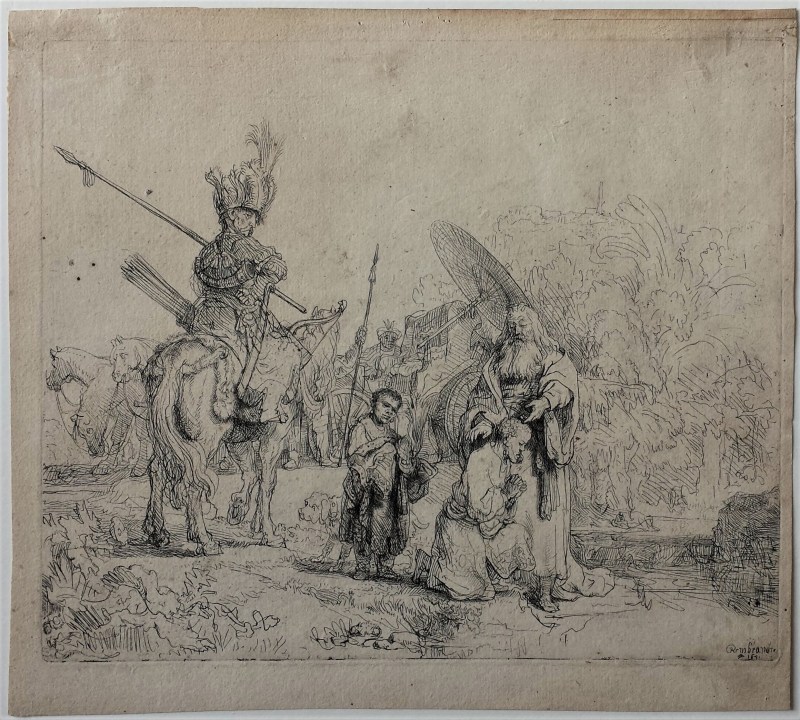 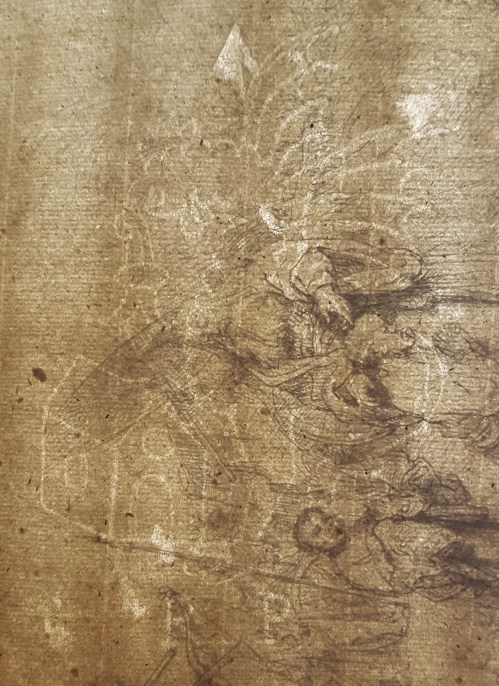 Generally in good condition. Two areas of paper thinning on the back, of which one has a tiny repaired nick (upper center in the sky). Four very tiny stains on the left. Small margins all around the platemark (sheet: 202 to 206 mm x 228 mm).

Impressions from the 2nd state are very rare on the market.

Rembrandt etched eighteen prints in 1641, in some of which he employed less heavier lines resulting in a greyish look: ‘In The baptism of the eunuch (B.98; fig. 58) of 1641, for instance, he employed a sketchy, open technique with the lines bitten more delicately than previously, but they are not combined with much heavier lines. As a result, even early impressions of this print have a greyish look.’ (Rembrandt as an etcher: The practice of production and distribution, 2006, p. 97).

The copperplate is in the Bibliothèque nationale de France.

Chapter 8 of the Acts of the Apostles describes the first missions of Jesus' twelve disciples. The episode that Rembrandt represented here is the baptism of a high-ranking official of the Queen of Ethiopia. He meets Philip on the road to Jerusalem, where an angel had ordered the apostle to go around noon.

This episod is one of the most popular religious subjects in the early 17th century. Pieter Lastman (1583-1633), Rembrandt's teacher around 1625, made several paintings on this theme. One of them, dated 1615-1620, is in the Custodia Foundation in Paris. In the painting he made in 1626 (now in the Museum Catharijneconvent in Utrecht), Rembrandt focused on the central group in Lastman's picture and gave also the caravan more importance.

In the 1641 etching, the figure of Philip and that of the eunuch are more isolated, while the composition widens around them: on the right can once again be seen the water and the landscape from Lastman's painting, but human figures are more understated in this part, while the imposing figure of the guard dominates the left side of the picture.