Giovanni Battista PIRANESI: Perspective of Arches, with a Smoking Fire - 1749 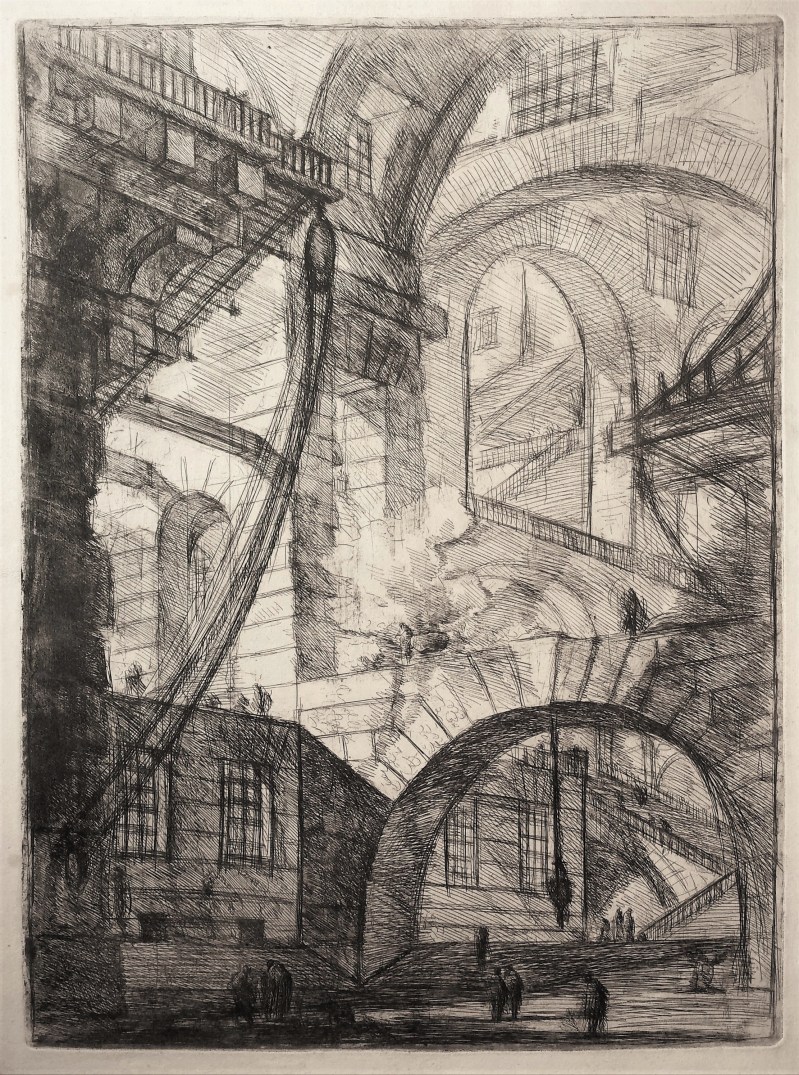 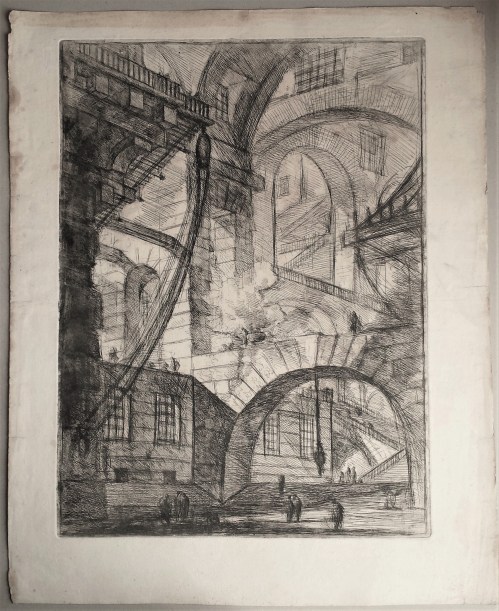 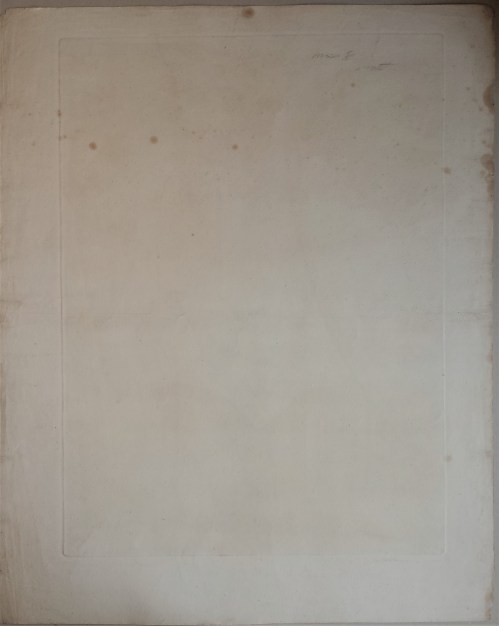 Impression of the 1st state (of 7 according to Robison), the foreground floor empty except for human figures, before addition of some shading and numerous objects, including five round-topped stone pillars, and before the signature. First edition (1749-1760).

In the preface to his catalogue raisonné, Andrew Robison observes that Piranesi was keen to rework his plates at regular intervals. That is the case of The Smoking Fire: Piranesi reworked the plate for the second edition of the Carceri in 1761. But this etching was itself a reworking: the source of the composition, according to Robison, was a plate in the very first series etched by Piranesi, the Prima Parte di Architetture, e Prospettive, published 1743. The third print in this series, called Carcere oscura, has a composition that is very close to The Smoking Fire: some details are almost identical, like the two large ropes dangling from a pulley on the left, or the lantern hanging under the arch to the right. Andrew Robison notes some significant differences between the two plates: “While many details are altered, the most interesting compositional change in The Smoking Fire is Piranesi’s inclusion of additional flights of stairs disappearing into far background space […]. Of course, [ …] the style of drawing in The Smoking Fire is radically different from that in the Carcere oscura, and Piranesi has also introduced a certain spatial ambiguity through the use of the characteristic smoke obscuring an architectural juncture which he developed in the Grotteschi.” (Early Architectural Fantasies, A catalogue Raisonné of the Etchings, 1986, p. 38).