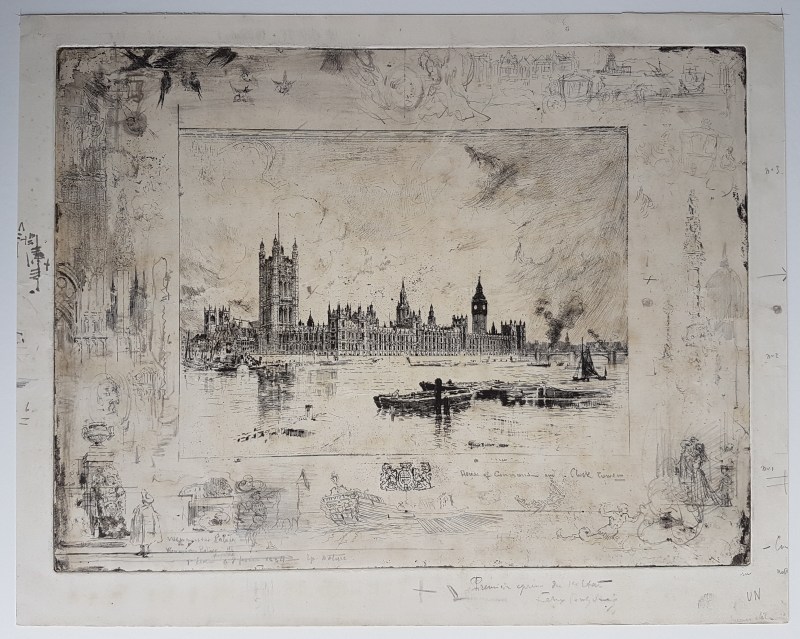 Working proof, of the 1st state (of 8) before many further work.

Working proofs with sketches or corrections in pencil by Buhot are very rare.

« I have started work on a series of etchings representing views of London, memories of our trip to England, » Buhot wrote to Pommée on 23 January, 1884 (quoted in Félix Buhot, peintre-graveur, 1847-1898, André Fontaine (dir.), p. 129). Following this, Buhot did indeed engrave a view of Westminster Palace, in a similar size and style, but in the end he gave up on the idea of a series. The two etchings were exhibited separately, the first one at the 1884 Salon, and the second one two years later only. They were considered to be his masterpieces in his lifetime.