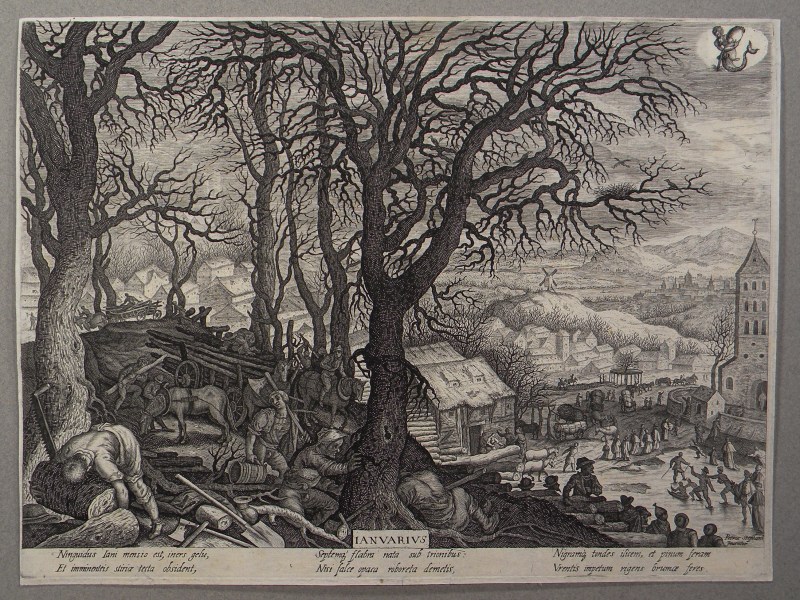 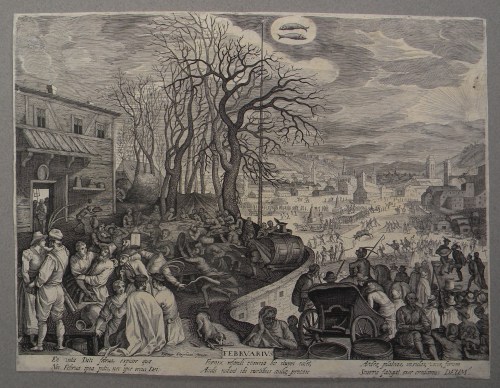 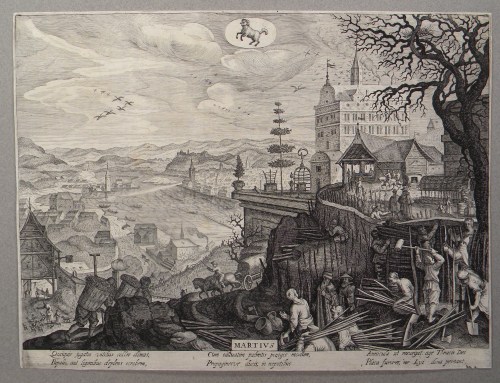 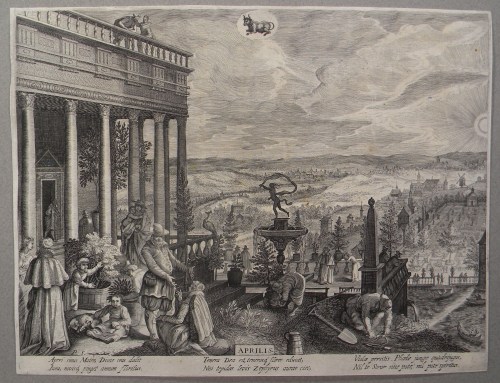 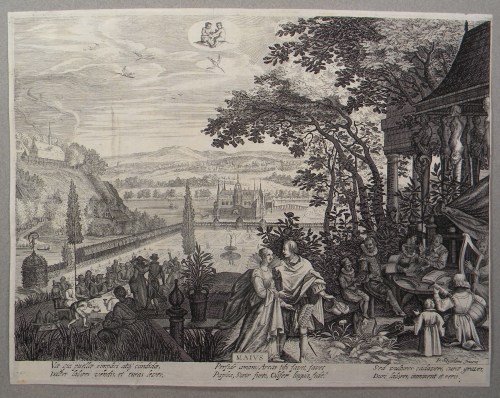 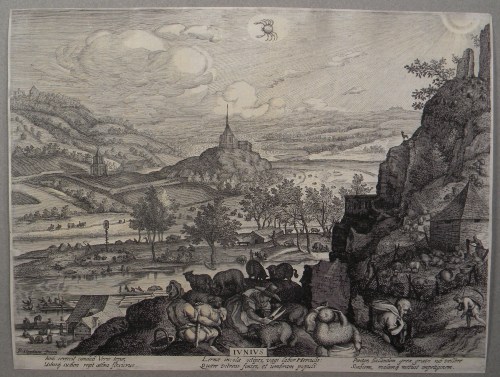 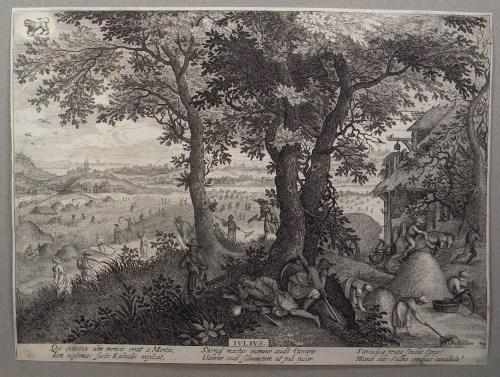 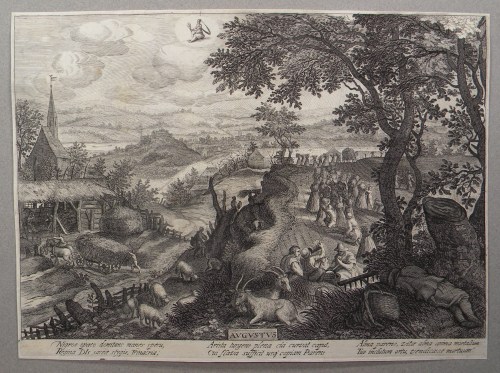 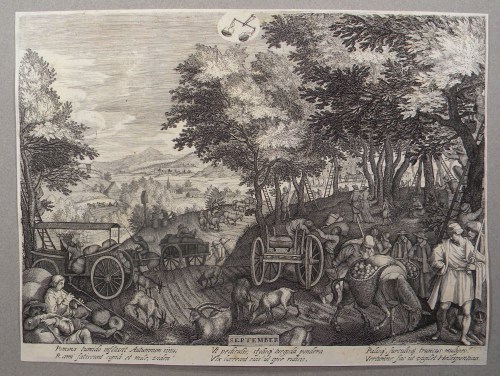 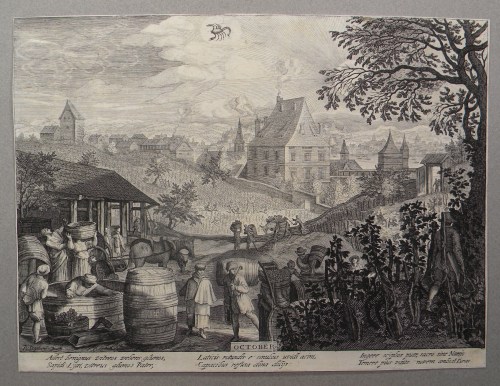 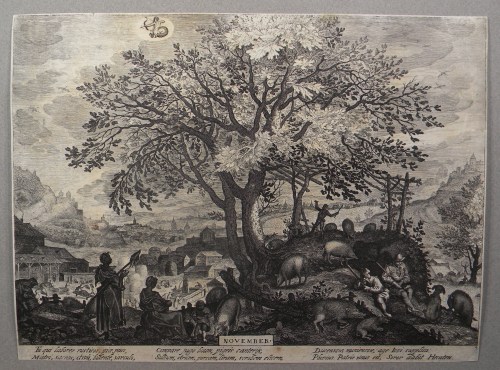 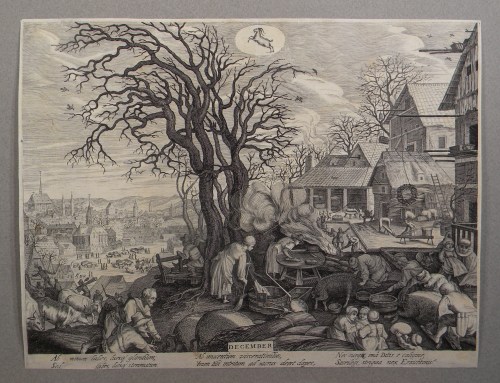 All the plates are printed on laid paper with watermarks (city gate with portcullis; eagle with two heads).

Rare set of the twelve plates; good impressions of the rare state before Marco Sadeler's address. Ten of the twelve plates are trimmed on or outside the platemark; two are trimmed outside, on or just into the platemark. The borderline is always visible. A missing shred of paper in the letter of December (Ab [s]ummum et Sed [principum] labes), repaired; a 4 cm tear, repaired, on May; some other plates show a few minimal defects. Otherwise in good condition.

The set Menses XII anni solaris is dated 1607 and dedicated to D. Ferdinando Hoffman by the engraver Egidius Sadeler. Each of the twelve plates illustrates one month, depicting the occupations for this month and showing the corresponding sign of the Zodiac in the sky. The name of the month is inscribed bottom center in a text box. Six lines of verse in Latin in the lower margin give a comment on each plate.