REMBRANDT: The Beheading of St John the Baptist - 1640 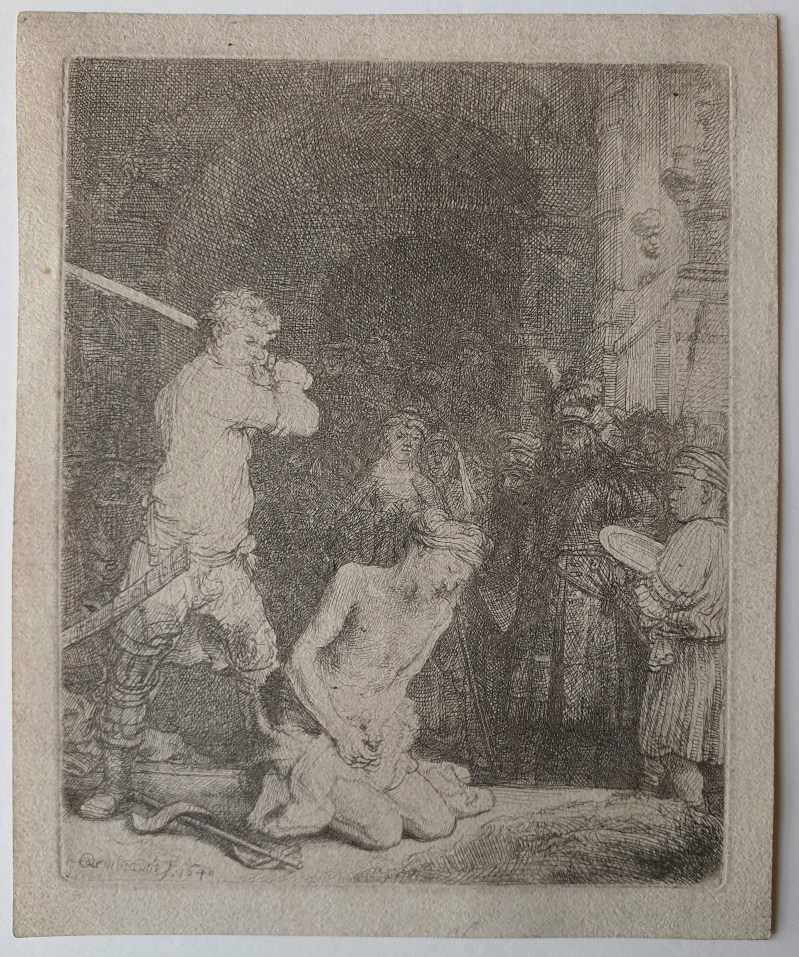 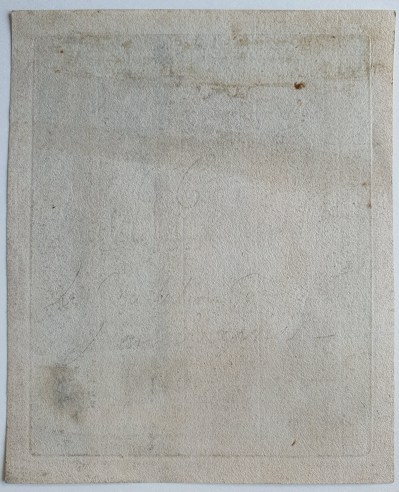 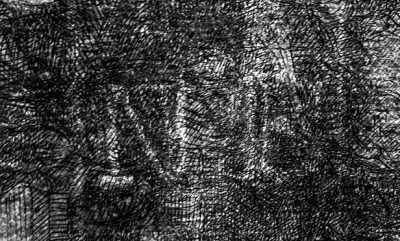 Impression of the 1st state (of 3) before the posthumous rework. G. W. Nowell-Usticke notes that even the earlier impressions are light: ‘impression light, but reasonably sharp & clear’. Earliest impressions have some burr from drypoint in the bottom right corner: there is no such burr on our impression, which however is yet well printed and not so pale as later impressions of the 1st state described by Nowell-Usticke as ‘very pale and greyish’. He also quotes an impression from his own collection on which the blank part under the sword has been retouched whereas the later rework has not yet been added. On our impression the white area has not yet been retouched.

Good impression printed on laid watermarked paper (NB countermark identical to Countermark NB-a_TMH-KG-3761 seen on an impression of the 2nd state (of 3) of Nude Man Seated on the Ground with One Leg Extended (New Hollstein 234, print dating from 1646; impressions of the 2nd state are before the posthumous rework). In very good condition. A tiny pinhole on the right leg of the black servant. Small margins (sheet: 144 x 119 mm).

‘The moment chosen is rather unusual because in the pictorial tradition it was usually the moment immediately after the beheading that was portrayed. Rembrandt also corrected the custom of depicting Salome at the execution holding the charger on which the head of the Baptist would be placed’.