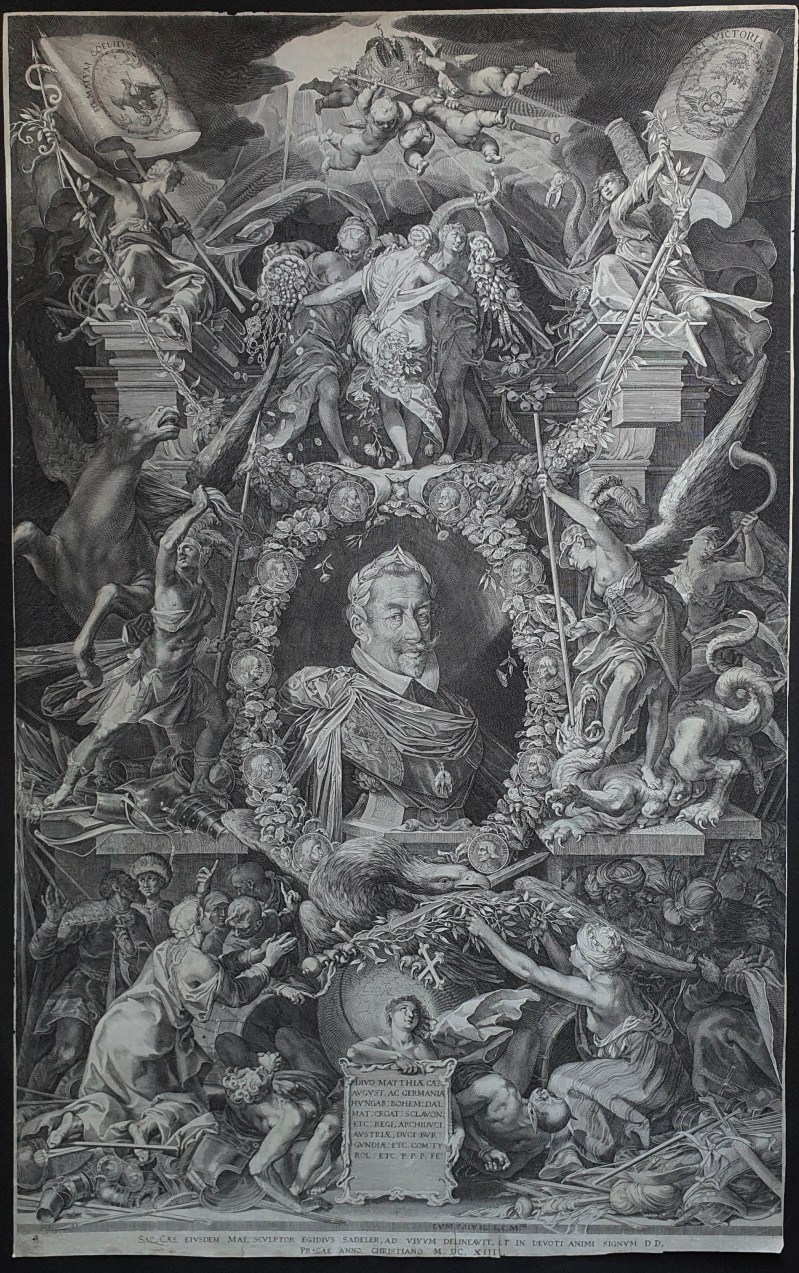 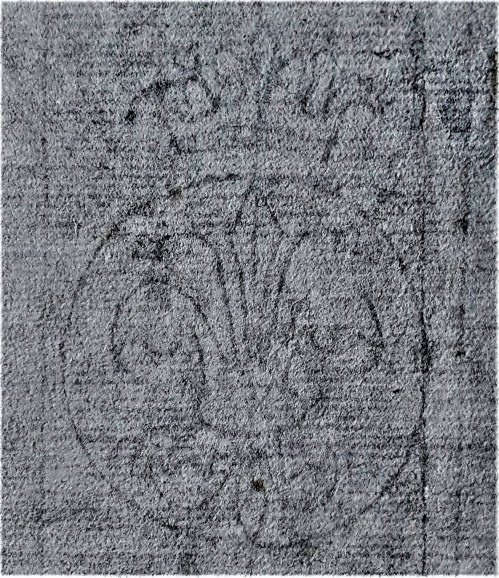 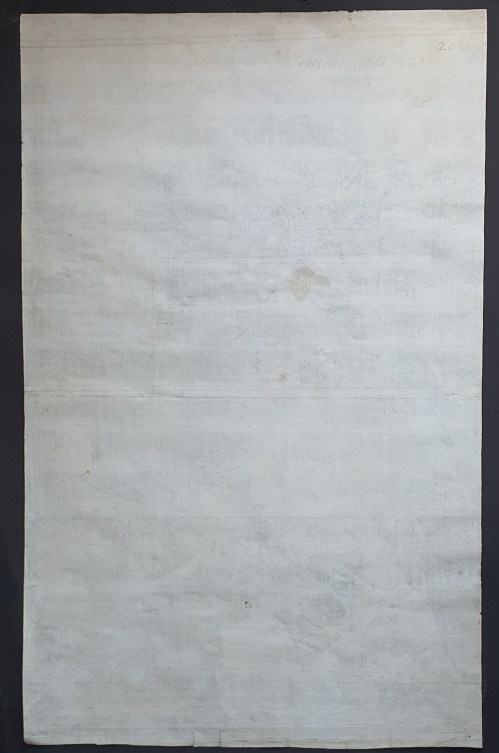 Impressions of the 1st state are very rare (only one impression quoted in Hollstein).

Fine impression printed on laid watermarked paper (lily in a circle topped with a crown), trimmed as frequently bottom under the date and just outside the image on the three other sides. Generally in good condition. A tiny (10 mm) tear on the upper edge, two small (14 mm) and two very tiny (5 mm) tears on the bottom edge; a few vertical folds; a very tiny (2 mm) hole in the bottom left corner, a few very tiny losses on the sheet’s edges and some very slight surface abrasions in the subject.

Aegidius Sadeler was born in around 1570 in Antwerp which he left very soon with his family. He then became the appointed engraver to three Hapsburg emperors in Central Europe: Rudolf II, Matthias and Ferdinand II.

Dorothy Limouse notes that the court portraits engraved by Sadeler were rather typical, whereas his portraits of the emperors Matthias and Ferdinand II are « anything but typical and schematized representations. The Allegorical Portrait of the Hapsburg Emperor Matthias is a large, extravagant composition, full of political iconography and playful illusionism. The naturalistic likeness of Matthias is set upon a fictive sculpted bust with draped shoulders and pedestal. The composition is embedded with personifications, beginning with two figures representing Wisdom and Fortitude who carry flags with the emperor's emblems at the upper corners. At top center, cherubs carry the imperial crown down from heaven, while the Three Graces shower flowers and gold upon the emperor. At the sides, figures of Mercury and Minerva, posed like the famed statues of the Dioscuri in Rome, tame Pegasus (a common symbol of Virtue) and spear the dragon of Religious Heresy. Below, the diverse subjects of the empire and its Turkish foes kneel in homage, while figures of Envy and Ignorance lie prostrate at bottom center.

The print's references to such compositions as The Triumph of Wisdom [engraved ca. 1600 by Aegidius Sadeler after Bartholomeus Spranger] reveal the extent to which Sadeler and other court artists transposed the humanist and largely secular subjects of Rudolfine art in their work for Matthias and Ferdinand II. The militant political and religious climate of their courts called for symbolic programs that would propagandize the joint causes of the Hapsburgs and Catholicism. This portrait and other works designed by Sadeler for these emperors had a lasting impact on Hapsburg imagery in the seventeenth and eighteenth centuries. » (Limouse p. 15 and 16).