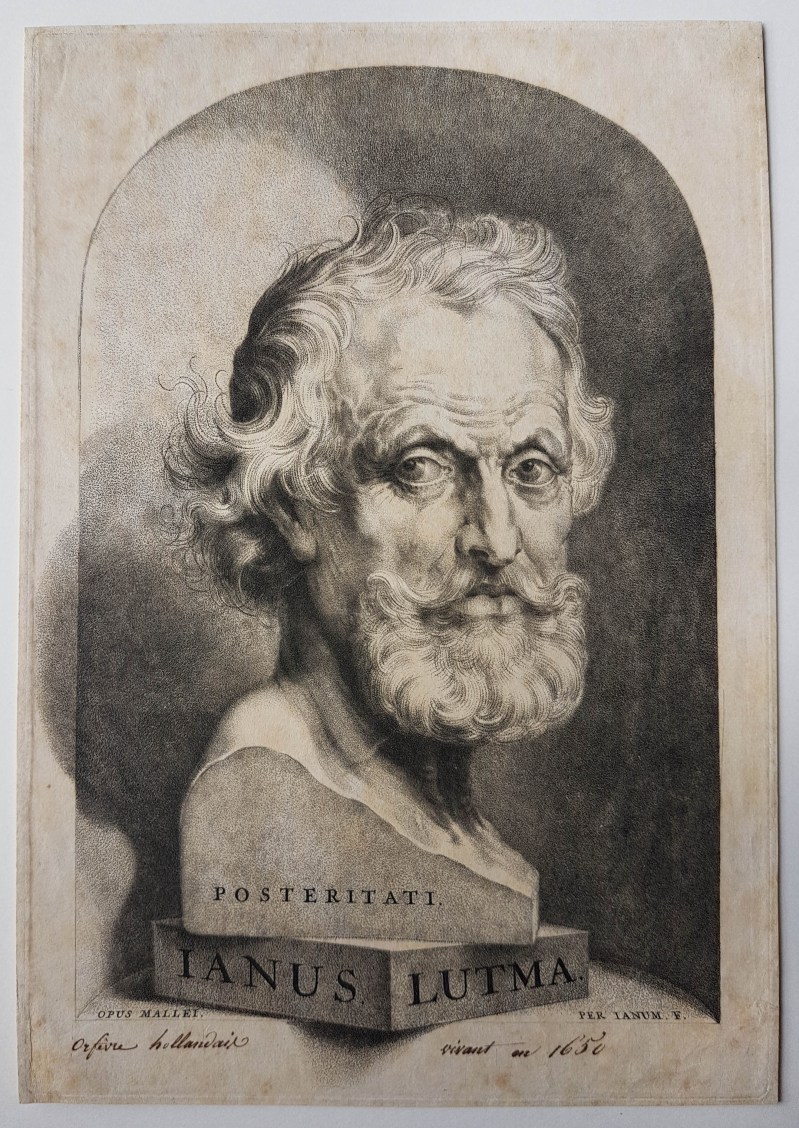 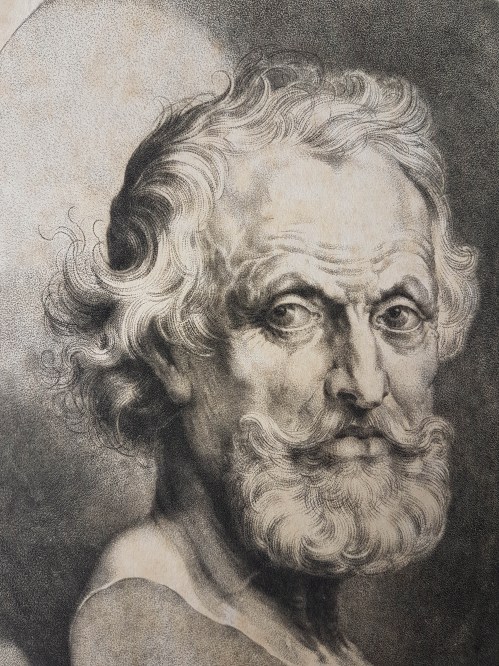 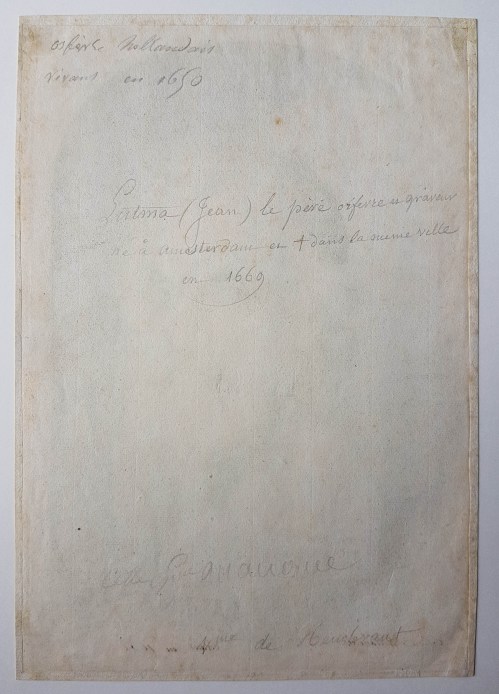 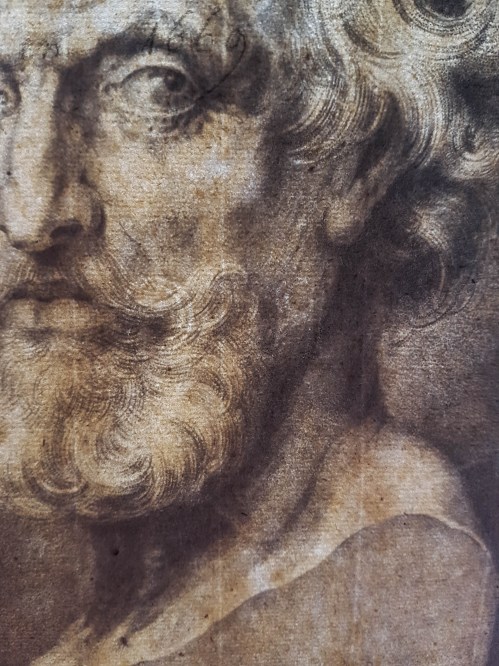 Rare impression of the first state (of 2), with opus mallei / per ianum f. [punch engraving by Johannes the Son] engraved in the plate, but before the letter in the upper corners: OBIIT MDCLXIX // AETATIS LXXXV [He died in 1669 // 85 years old].

Johannes Lutma the Elder (1584-1669) was a renowned Dutch goldsmith and a close friend of Rembrandt, who etched his portrait in 1656 (Jan Lutma, Goldmisth, New Hollstein Rembrandt no. 293). His son, Johannes Lutma the Younger, who became a member of the Antwerp Guild in 1643, also enjoyed an excellent reputation as a goldsmith.

Johannes Lutma engraved two portraits of his father. The first, an etching, dated 1656 (the same year as Rembrandt's portrait), has the title IOANNES LUTMA AURIFECX in the margin. Rembrandt's influence is evident: the portrait is lively and realistic, showing his father at work, holding a tool and his glasses.

The second portrait represents the bust of his late father, his shoulders naked in the manner of an ancient statue, placed in a niche. The text POSTERITATI. and IANUS. LUTMA. is engraved on the lower part and base of the statue. However, the old man's portrait is far from static, as Dana Angotta points out: the very concrete detail of his hair fluttering around his head, the marked wrinkles on his forehead and his neck, and his gaze fixed directly on us, with his right eye in the center of the composition, achieve an effect of liveliness and presence.

Three other prints by Lutma the Younger also represent bust-portraits placed in a niche: a self-portrait dated 1681, a portrait of the poet Pieter Cornelisz Hooft, and a portrait of another contemporary poet, Joost van den Vondel. All three are stylistically very close and are engraved in opus mallei (punch engraving), as stated by Johannes Lutma on each print: Per se opere mallei, Opus Mallei per Ianum Lutma, Opus Mallei per J. Lutma.

Opus mallei is a technique practiced by goldsmiths: the artist works the metal with punches and a hammer. The image thus obtained is made up of tiny dots of varying shape, density, thickness and depth. The plates engraved in this way were not meant to be printed but goldsmiths thought of applying the technique to printmaking. Johannes Lutma the Younger was not the first to use the technique, but he worked on perfecting it and wanted to make it known, by emphasising it in the letter of his engravings.

In Latin as in English, “posterity” means both future time, and somebody's descendants. The word engraved on the bust of Johannes Lutma the Elder thus highlights both the goldsmith's contribution to the work of future generations, as well as the author's filiation.

Opus mallei work are sometimes touched with grey wash in order to reinforce contrasts between light and shadow. This is not the case in this impression of the 1st state, on which the fine hammerwork is well visible.