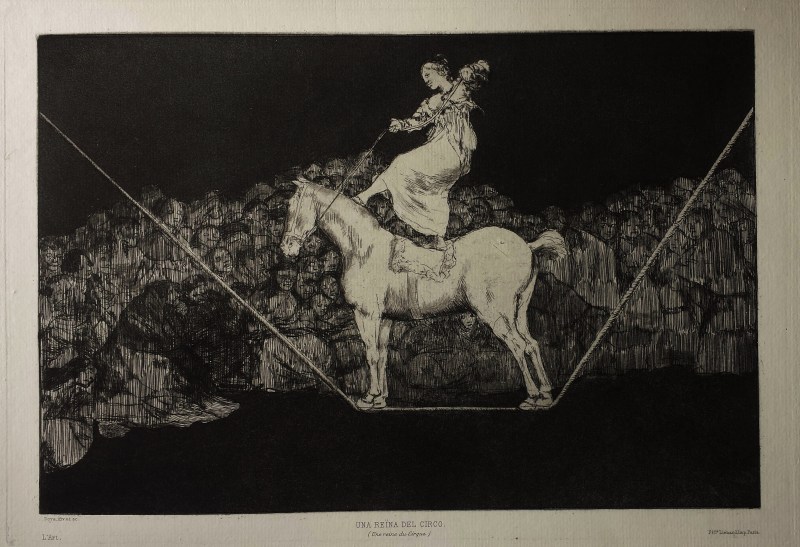 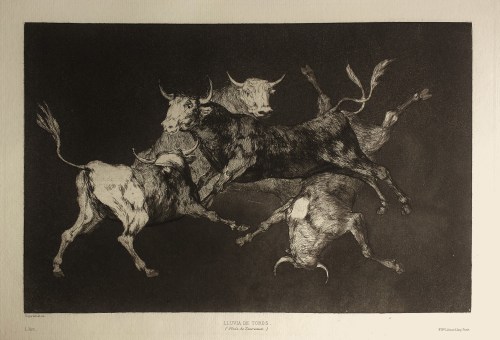 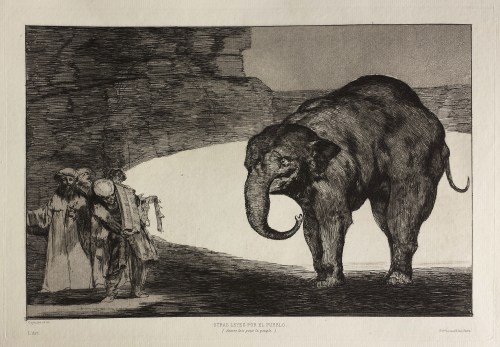 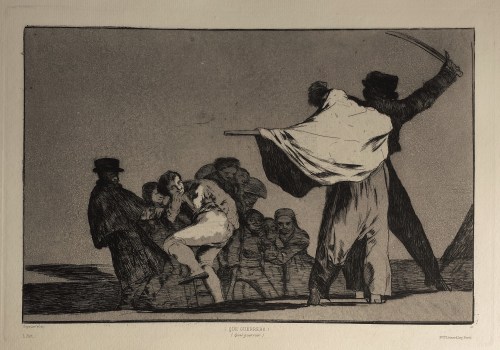 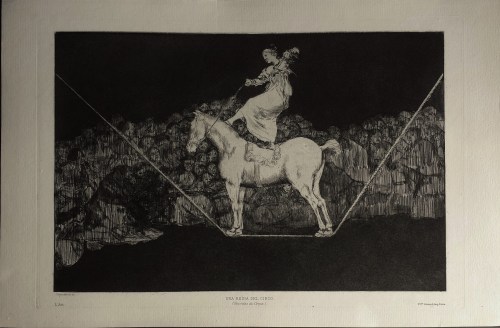 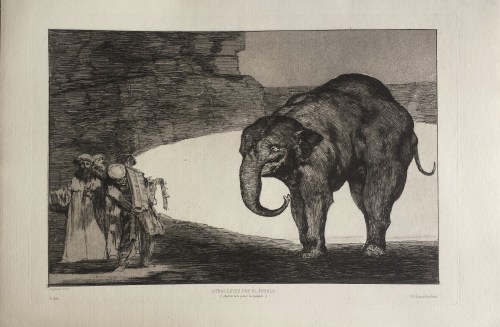 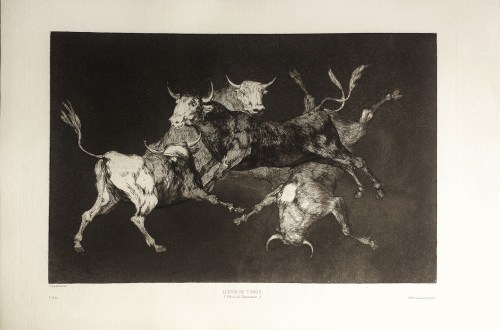 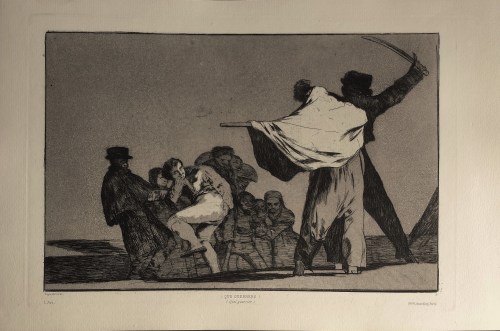 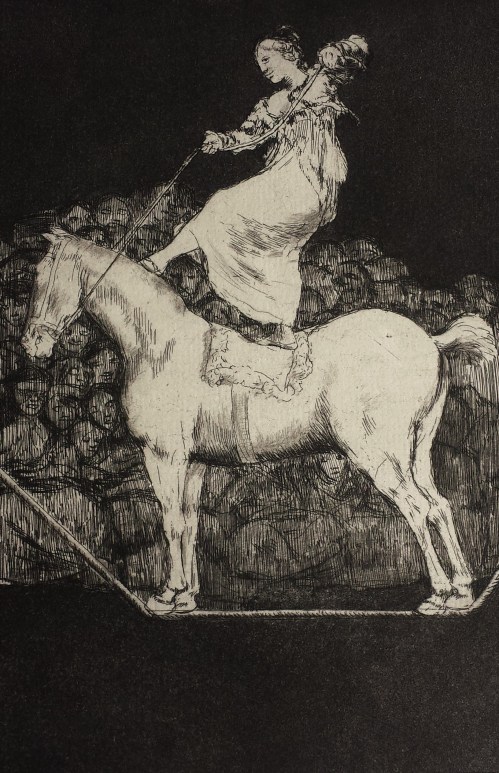 Complete set of 4 additional plates to the Los Proverbios [The Proverbs] series.

The twenty-two plates of the Proverbs are Goya's last prints. He worked on them between 1816 and 1823 and they were only published after his death. The plates for eighteen prints (Harris 248 to 265) that were kept by Goya's son were rediscovered after his death in 1854 and were published for the first time in 1864 by the Real Academia de Nobles Artes de San Fernando under the title Los Proverbios. The four so-called additional plates that were discovered some time later in the collection of Spanish painter Eugenio Lucas were published for the first time in 1877, printed by François Liénard in Paris for the magazine L'Art. The prints, inserted into the magazine, were published along with a study by Charles Yriarte on Goya aquafortiste [Goya as an etcher]. The four plates were bought in 2011 by the Société des Amis du Louvre for the museum's Chalcography department.

From this series, only a few early trial proofs are known. Tomás Harris points out that the quality of the first impressions made for L'Art magazine is very close to that of the trial proofs, since the plates were not printed in the meantime.

The early trial proofs bear manuscript annotations that have sometimes been attributed to Goya. Some are titles or captions that are variations on the noun Disparate (folly, nonsense) with a complement. The trial proofs, which are today in the Museo Lázaro Galdiano in Madrid, bear the following mentions: Disparate conocido [Well-known folly], Disparate puntual [Punctual folly], Disparate de bestia [Animal folly] and Disparate de tontos (or toritos) [Fools’ (or Little Bulls’) folly]. These annotations gave the series the name Los Disparates, under which it is also known.

The Spanish and French titles that were engraved onto the plates when they were printed for L'Art in 1877 were invented at that time: ¡ Que guerrero ! (Quel guerrier), Una reïna del circo (Une reine du Cirque), Otras leyes por el pueblo (Autres lois pour le peuple), Lluvia de toros (Pluie de Taureaux) [What a Warrior!, A Queen of the Circus, Other Rules for the People, Rain of Bulls].