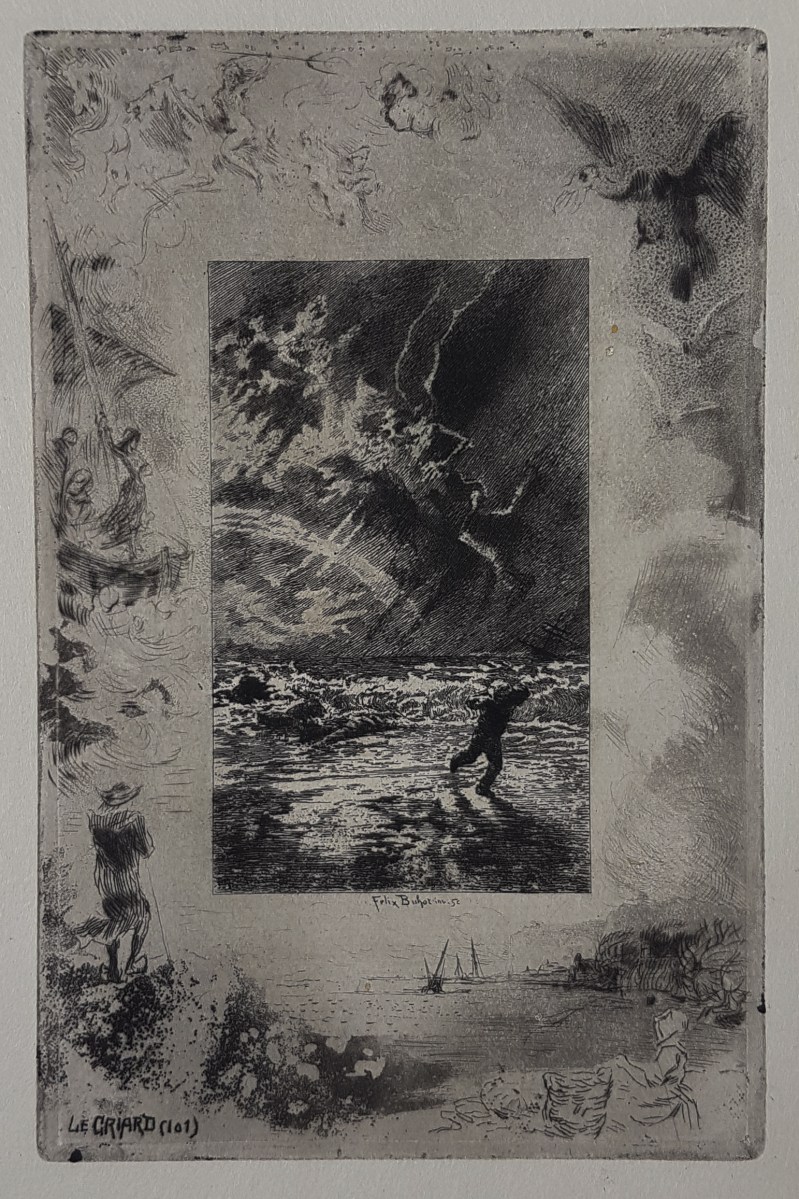 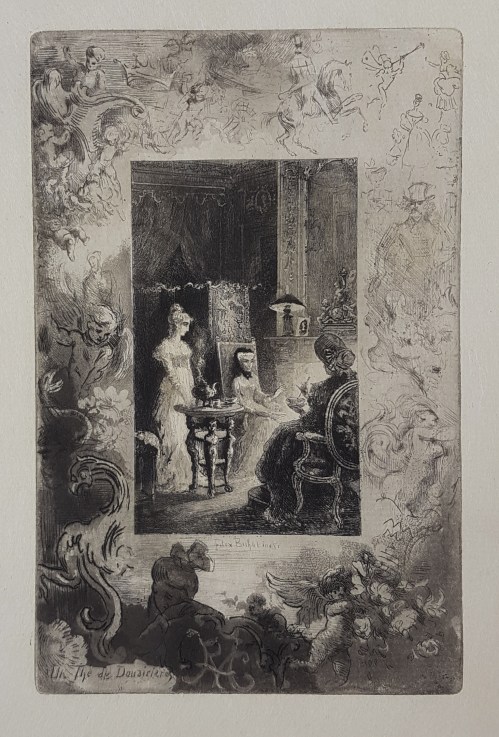 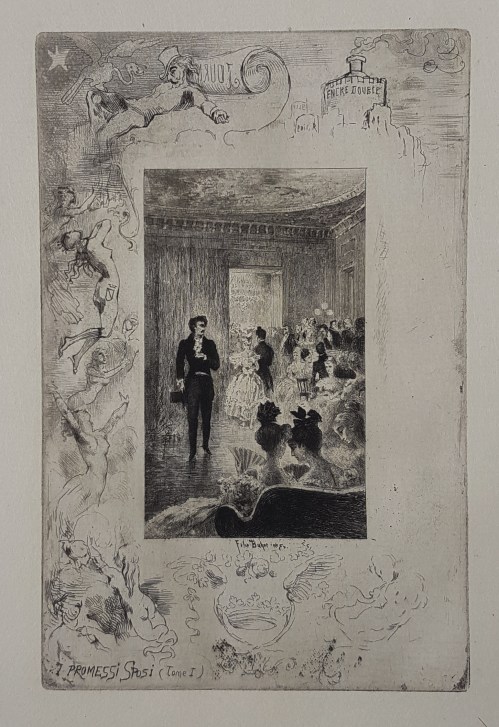 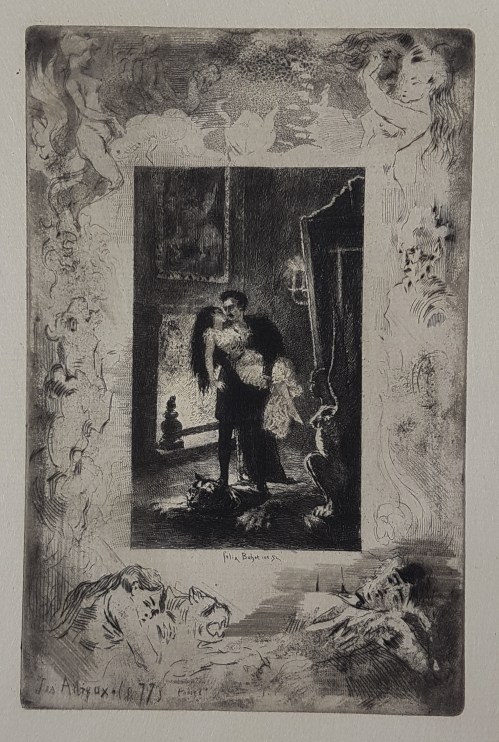 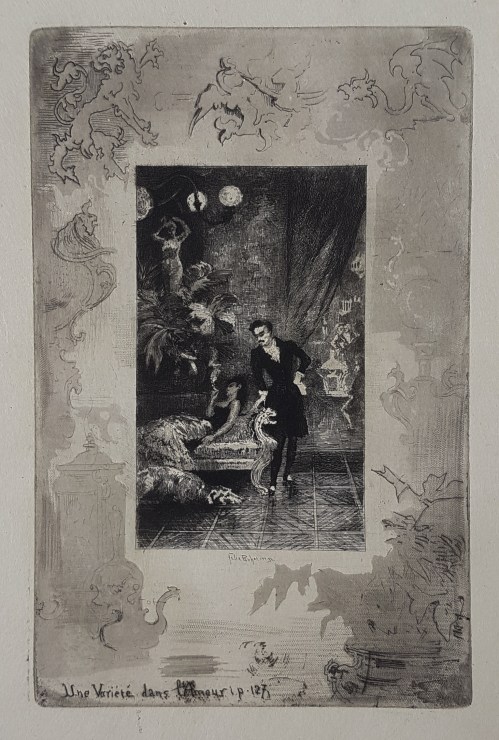 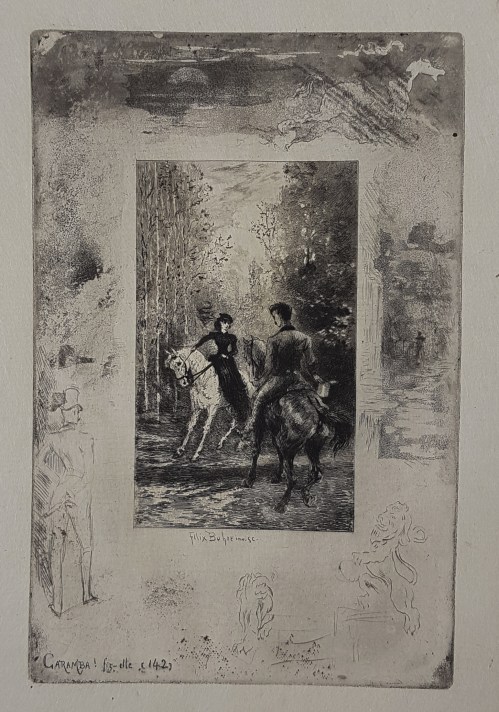 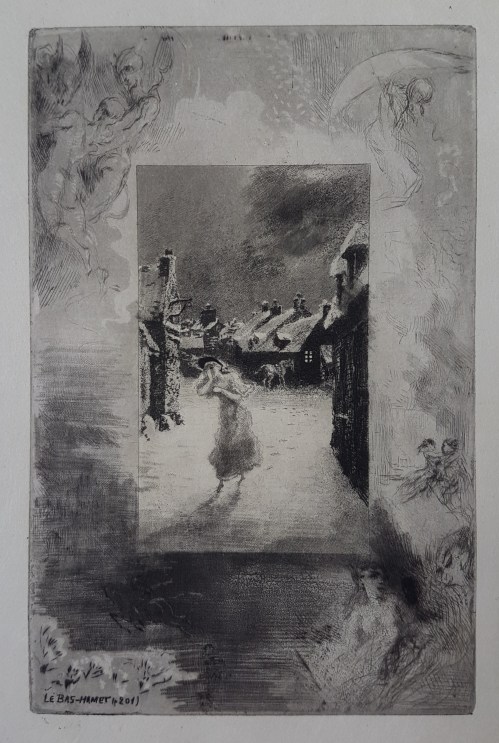 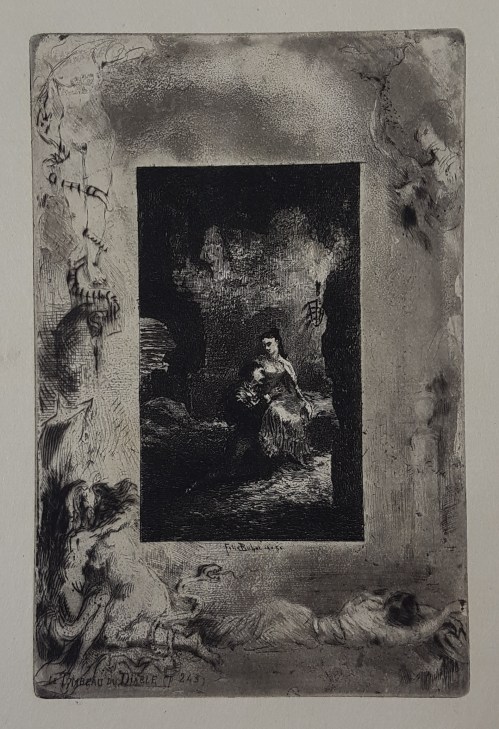 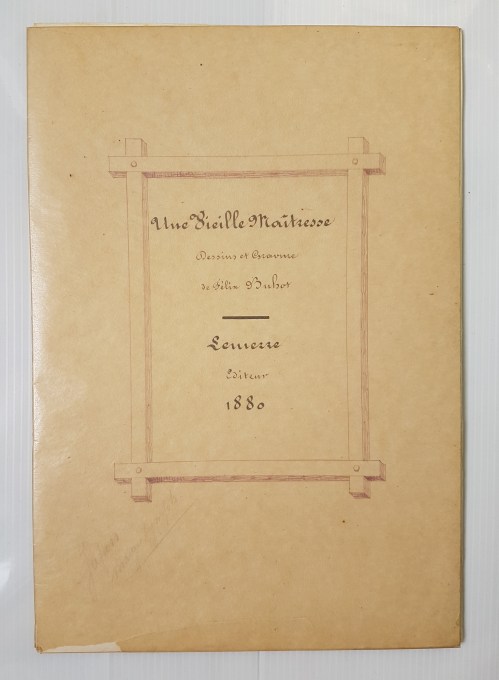 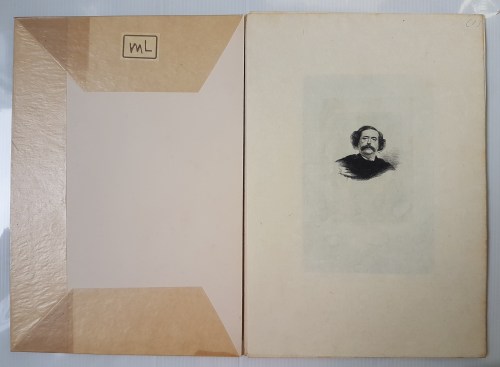 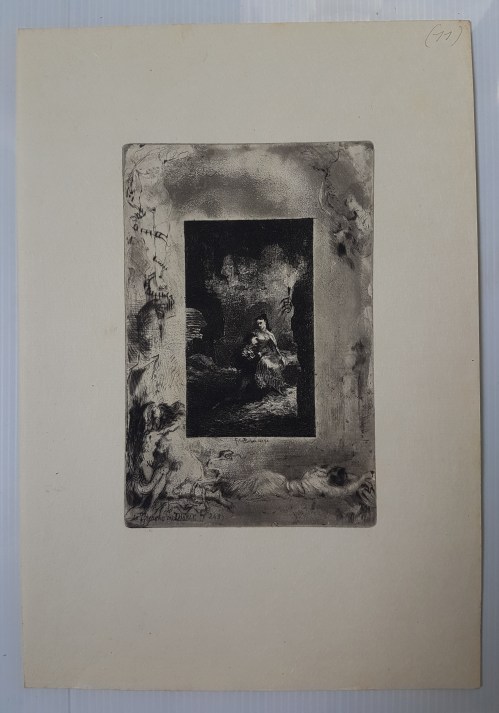 Rare complete series of 10 plates, before erasing of the symphonics margins and before the plates were reduced. Edition of 38 copies.

Together with a Portrait of Barbey d’Aurevilly etched by Rajon, printed on the same paper.