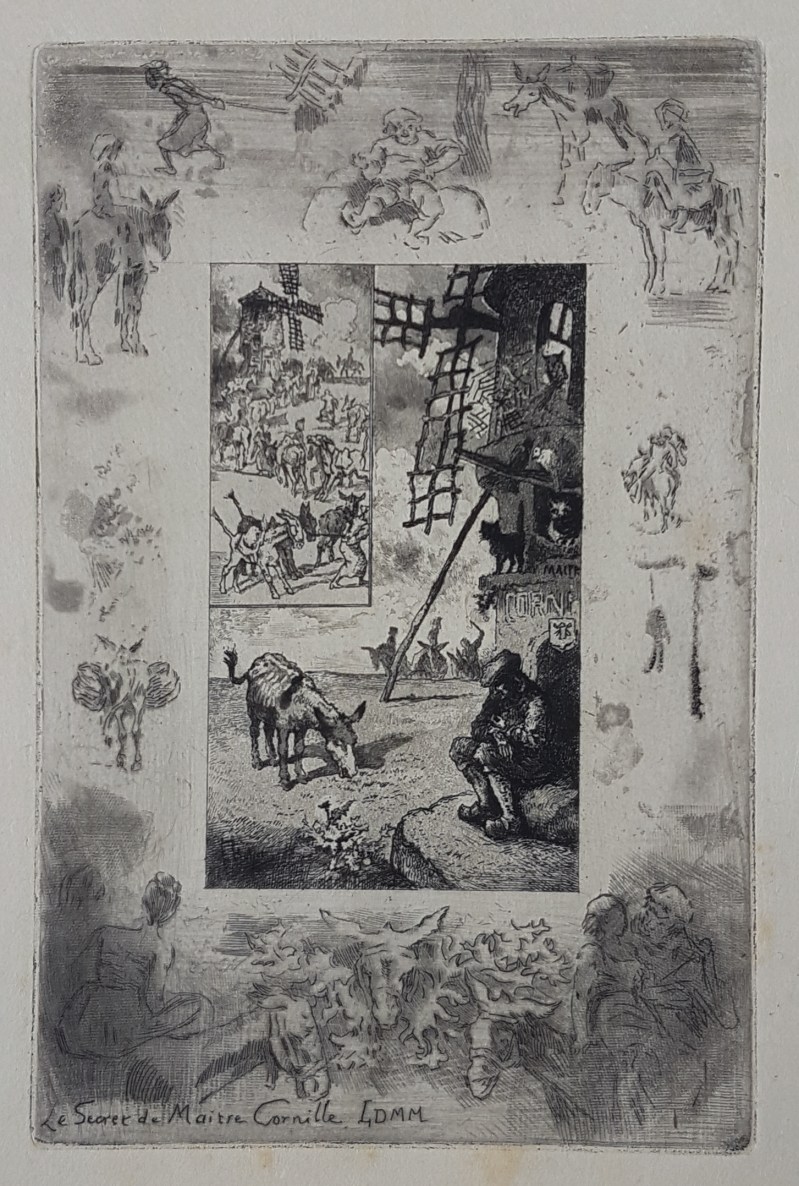 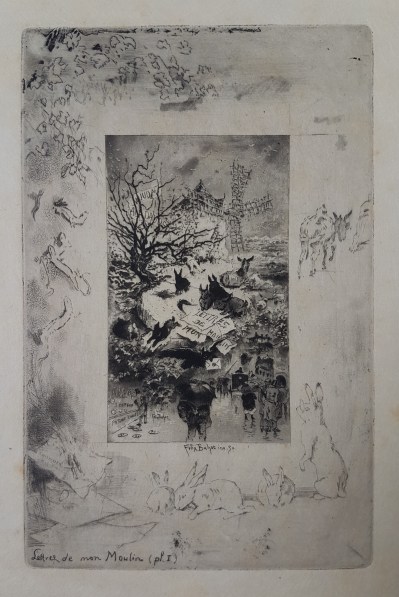 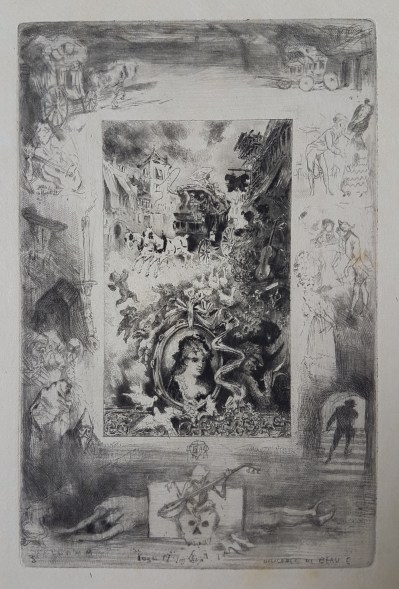 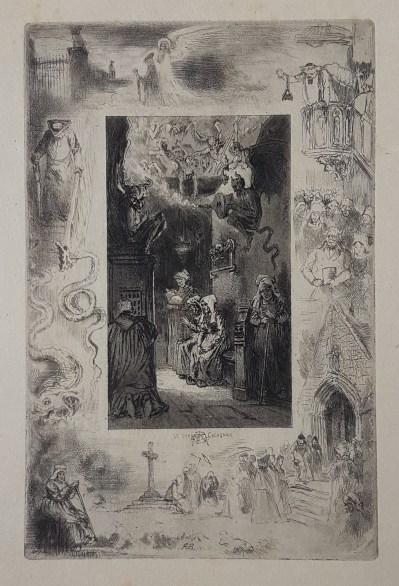 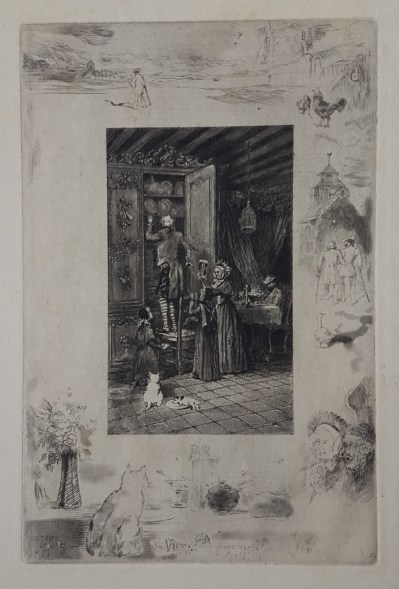 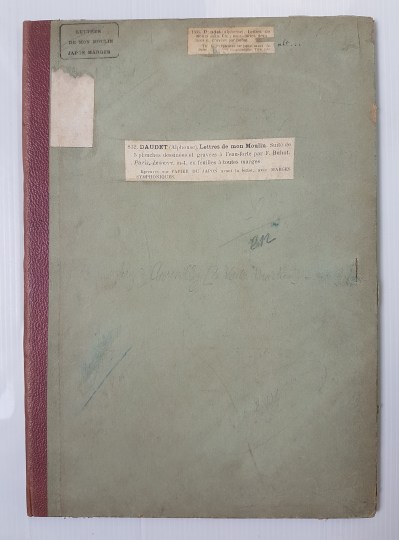 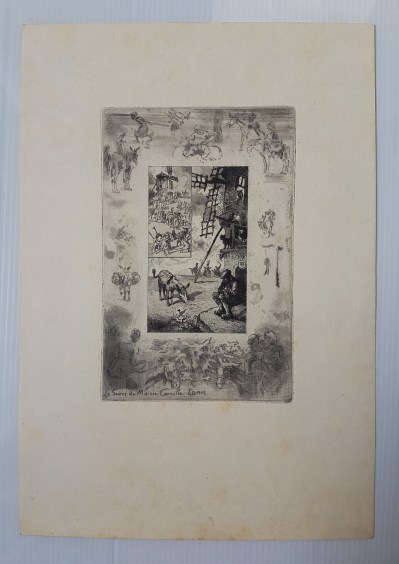 Rare complete series of 5 plates, before erasing of the symphonics margins and before the plates were reduced. Edition of 33 copies.

Very fine impressions printed on japan laid paper. A few pale foxmarks. Full margins (sheets: each about 305 x 210 mm). With a folder on which are pasted an old label from a catalogue and print dealer Marcel Lecomte’s ex-libris.