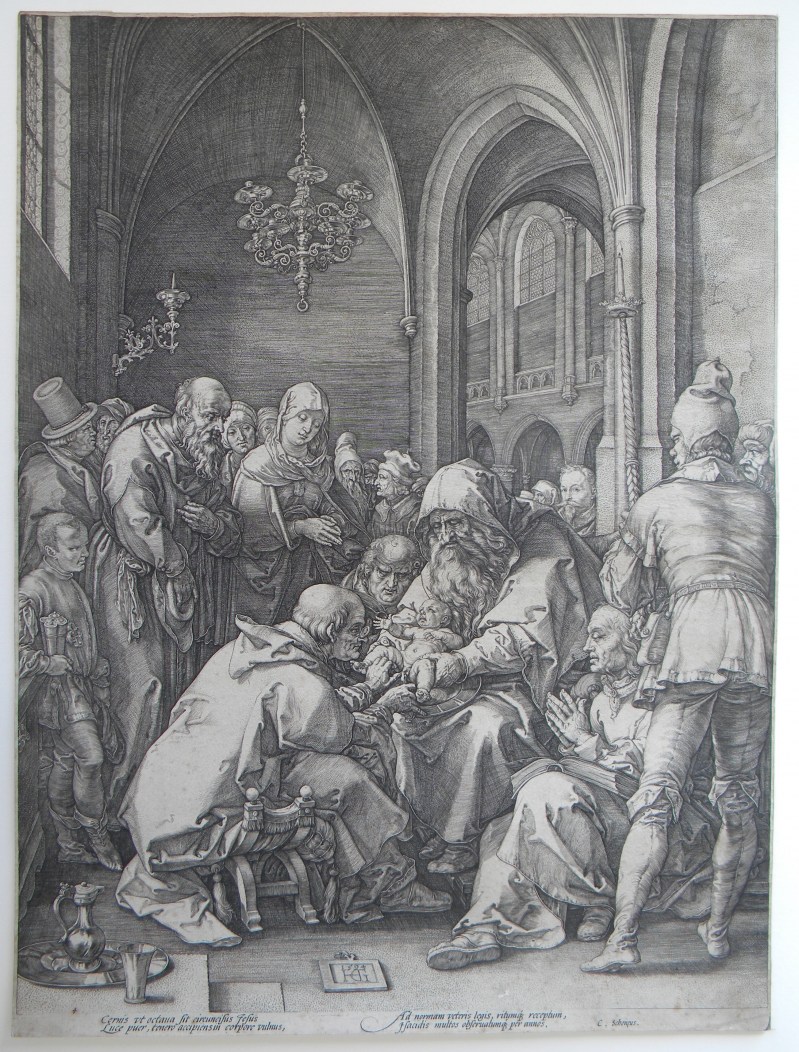 Very fine impression of the 2d state (of 2) with the number 4 bottom left, printed on laid paper watermarked (fleur-de-lis in a circle).

Impression trimmed on the platemark. A few light foxmarks, a 50 mm tear along the left edge of the sheet, barely visible and backed. Three tiny scratches. Generally in very good condition.

La Circoncision (The Circumcision) is the fourth in a series of six plates known to be Goltzius' masterpieces. He drew inspiration from the composition of the Circumcision woodprint that Dürer cut in 1503-1505 for his series of the Life of the Virgin. Goltzius however moves away from the original by choosing a different chisel and a plate of bigger dimensions, but also by situating the scene in a side chapel of St Bavo's church in Haarlem. The print bears a double signature : in addition to his monogram, drawn in the manner of Dürer on a tablet lying on the ground in the foreground of the picure, Goltzius has drawn a self-portrait, leaning against a pillar, as if witnessing the scene and letting his gaze rest on us at that instant.