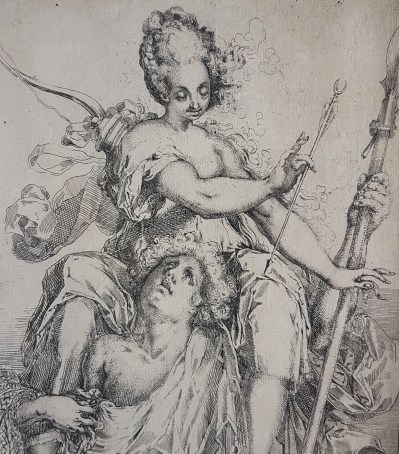 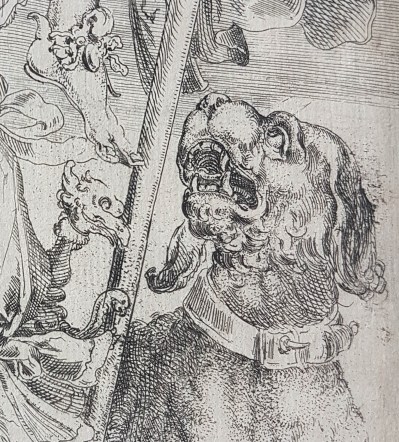 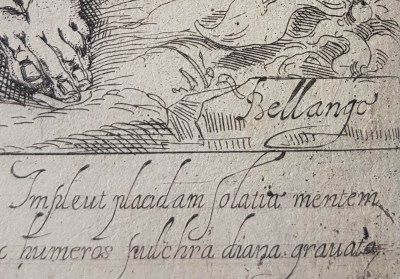 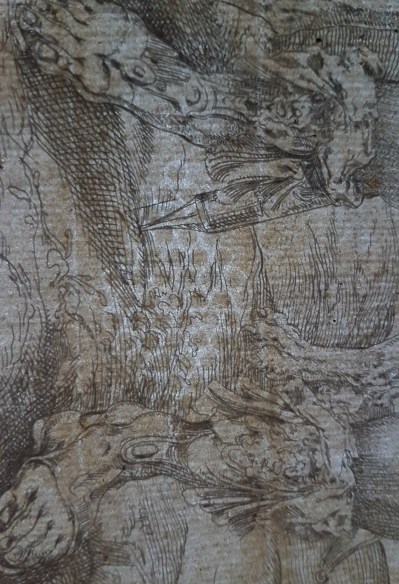 Impression of the 3rd state (of 3) with Le Blond excud added below the verses.

Impression trimmed on or 1 mm outside the borderline. Some very rare traces of skinning of the paper in the upper part of the print without loss of lines. A very tiny pinhole on the dog’s chest. Generally in very good condition.

Only one impression of the 1st state is known, which is at the Bibliothèque nationale de France. In the 2nd state, Bellange completed and signed the plate and added some verses bottom. Impressions of the third state bear the address of the Parisian publisher Jean Le Blond (1590/94 - 1666), who owned at least eighteen plates by Bellange.

Antony Griffiths and Craig Hartley examined the watermarks on many impressions of Bellange’s prints and found that: “almost every print that bears Le Blond’s address is on the same distinctive thick paper with a watermark of grapes with AB (wmk 2).” (Griffiths and Hartley, p. 126). The watermark on our impression is a similar bunch of grapes but without the letters AB. 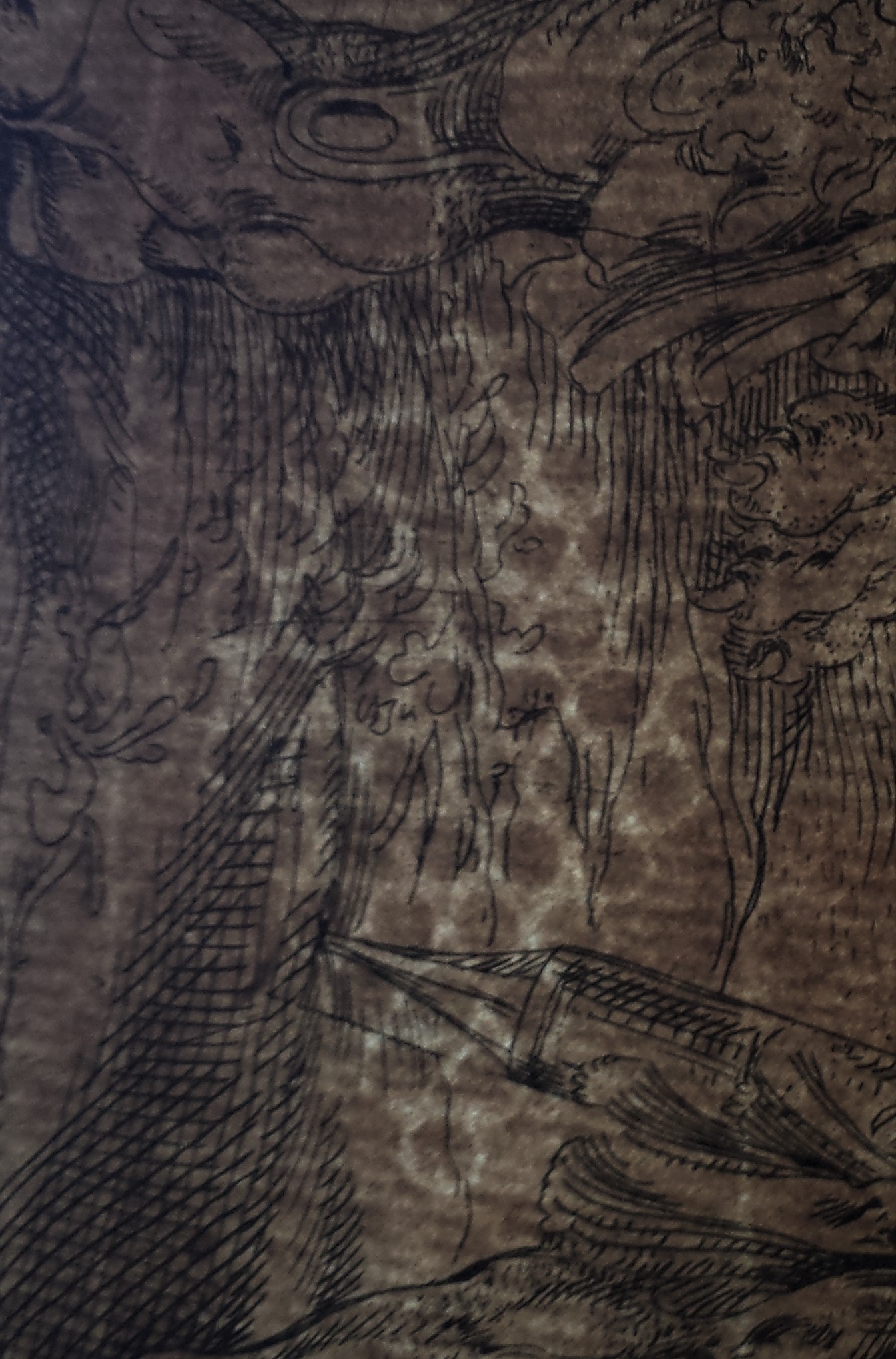 According to Jacques Thuillier, Diana and Orion is an early piece in Bellange's career: “Skin effects are treated in stippling and cloth is suggested by short strokes, a process which Bellange uses systematically in his engravings. The complexity of the shapes, the minute pointe work seem to suggest a relatively early date.” (Thuillier, p. 237, [our translation]). “It has often been pointed out that Bellange must have been aware of the beautiful painting on the same subject by Luca Penni, at least through the engraving that Giorgio Ghisi did in 1556. But Bellange changed it beyond recognition by doing away with the landscape – even though it was crucial, and Poussin will develop it – and by focusing the gaze on the goddess, the giant and the dog.” (ibid.)

The poem in Latin, whose author isn't mentioned, can be translated thus:

“Just as he rejoices, the lovestruck raptor of the nymph, daughter of Agenor, / while he carries her on his back on angry seas, / what comfort bathes my serene soul / while I feel the weight of my beautiful Diane on my shoulders!”

A drawing in pen and brown ink on the same subject is in the Morgan Library in New York. Jacques Thuillier argues that it is not, strictly speaking, a preparatory drawing for the etching: “not only do the two compositions show very different poses and proportions, but the etching makes use of very complex, studied lines, which systematically break up the momentum of the curves and the simplicity of volumes; while the drawing lets light glide on smooth surfaces.” (Thuillier, p. 280, n°72).