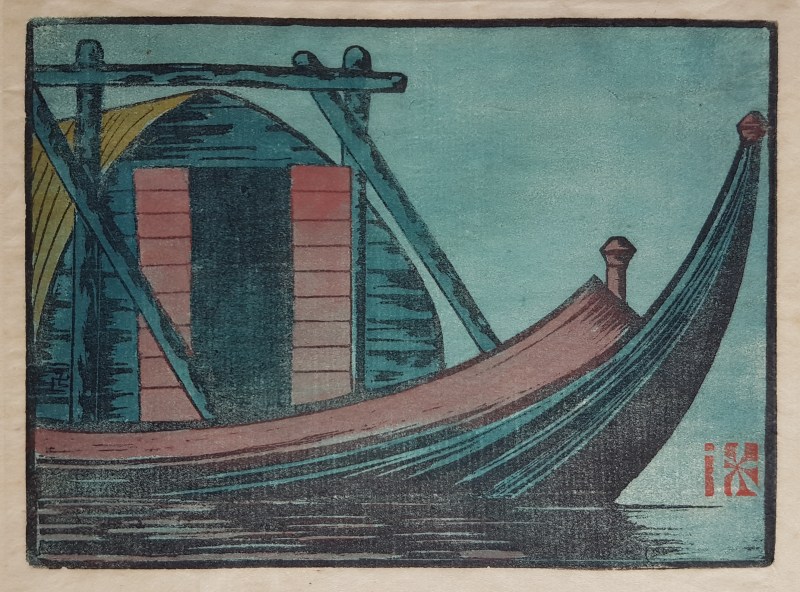 Very fine impression printed full margins on laid japan paper, bearing the « I in flower » of Isaac (cf Lugt 4990). Annotated in pencil no.50 in the lower left corner of the sheet.

Boats and crafts feature extensively in Prosper-Alphonse Isaac's œuvre, whether they are French (from Brittany or Pas-De-Calais), Japanese, Dutch or Italian. This interest in boats stems from his passion for Japanese prints : he made the technique and the subjects of Japanese prints his own during his collaboration with Yoshijirô Urushibara (1889-1953), who was a young engraver working for Shimbi Shoin, the famous Tokyo art printer.

This taste for night scenes is to be found in Yoshijirô Urushibara's œuvre as well. Another engraving by Isaac, on a Venitian subject, is also available (Vabre undescribed).