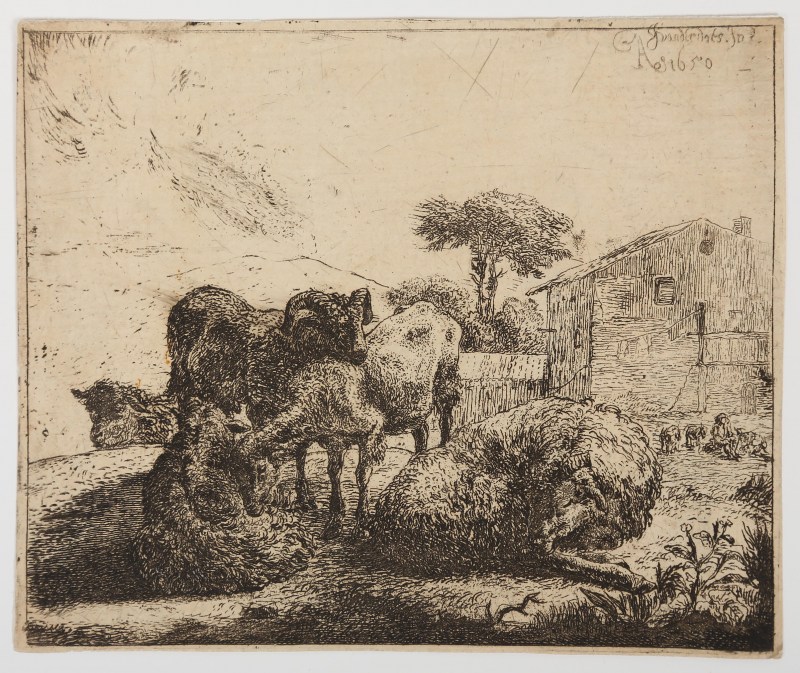 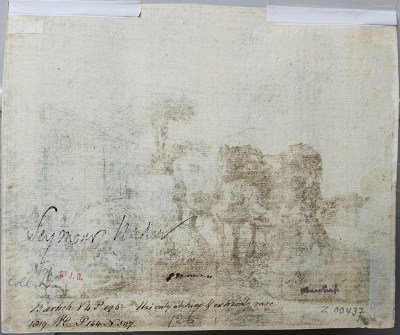 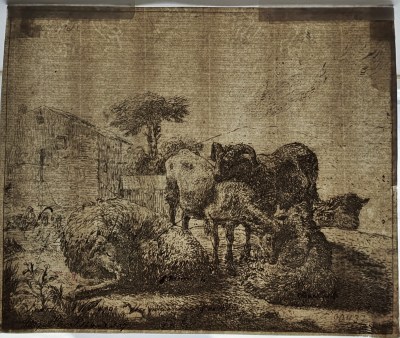 Very fine impression of the 2nd state (of 2) with the further work and the borderline, printed on laid watermarked paper, trimmed on or 1 mm outside the platemark. Generally in very fine condition. Verso: collections marks and annotation in pencil: Coll.L and written in ink by Francis Seymour Haden: his only etching and extremely rare. This impression quoted by Hollstein.

Adam Bartsch writes about this etching: ‘Van der Does only ever made one etching representing a group of five sheep, and it deserves a place next to the most beautiful pictures ever painted in this genre. This beautiful engraving is of such extreme rarity that it is still missing from most collections, even the richest and the best arranged. One would look for it in vain in the sales catalogues of the most reputed cabinets, the Marcus, the van der Dussen, the Nyman, Maarseveen, Ploos van Amstel, etc. This is the only reason why it has been ignored by authors who wrote notices on engravers and their works: Basan is the only one to mention it, albeit mistakenly; he attributes to Van der Does various small landscapes featuring animals, thereby revealing that he regards as belonging to a series of several pieces an etching that has only ever existed as a single, standalone piece.’