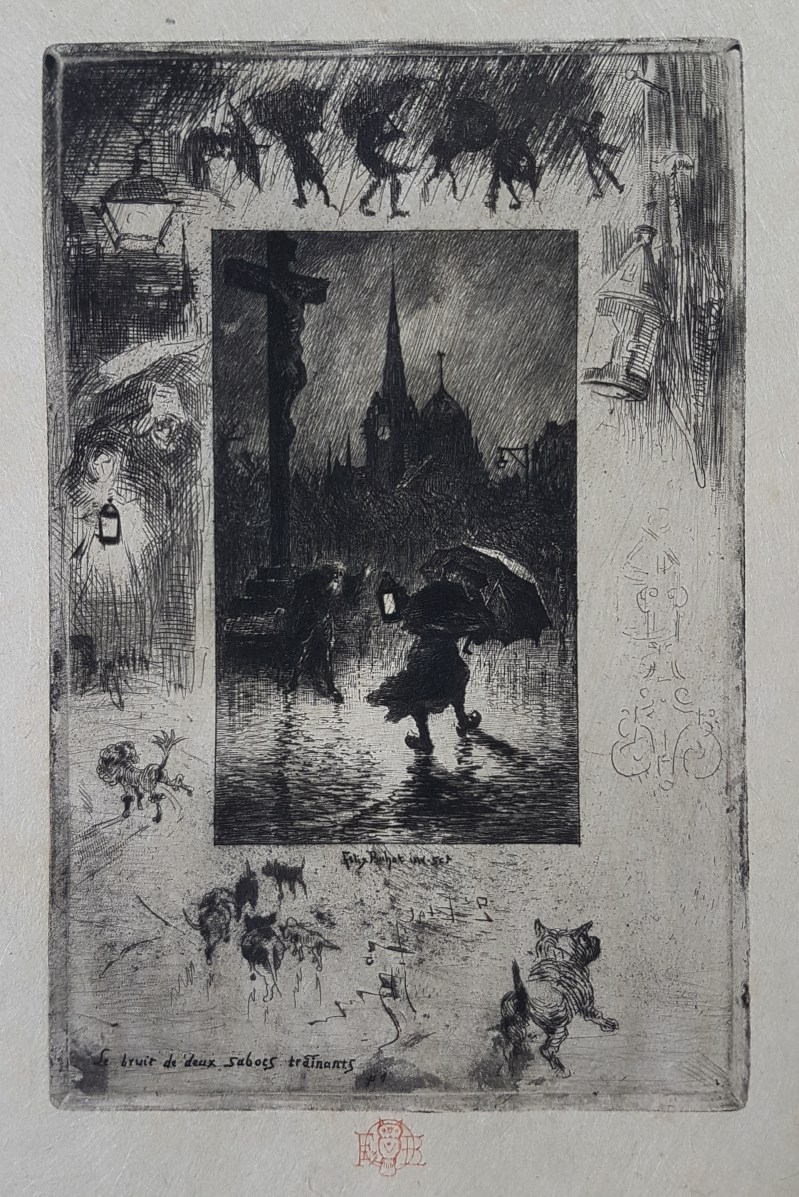 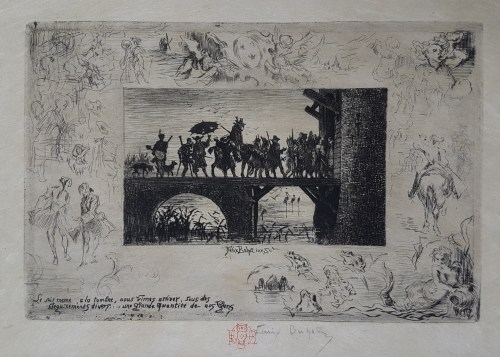 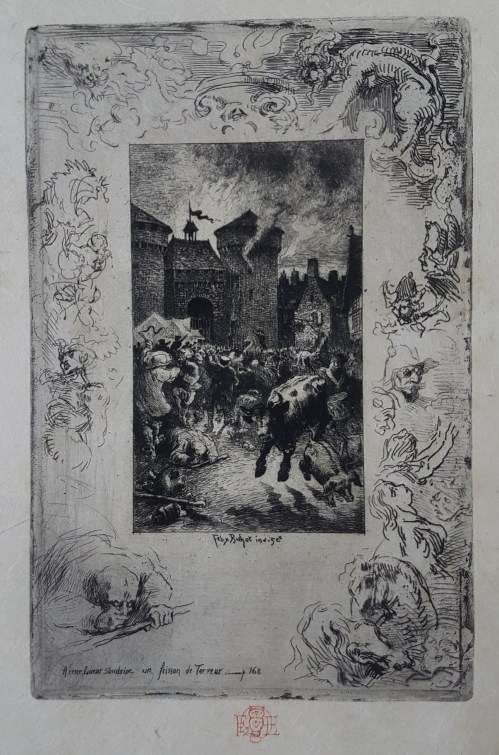 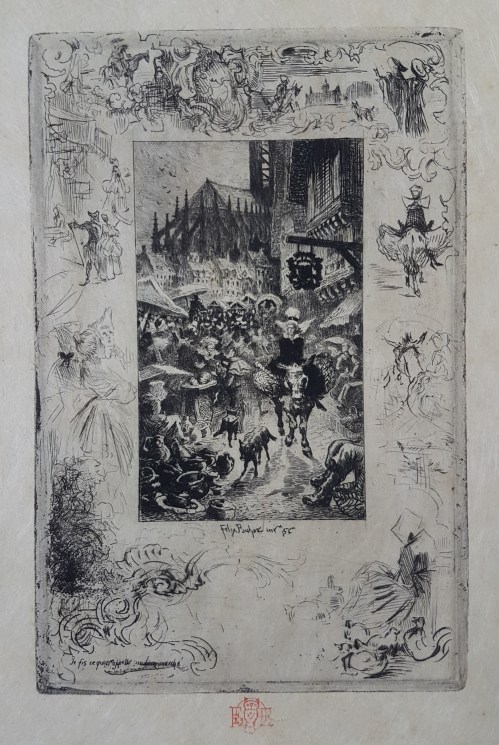 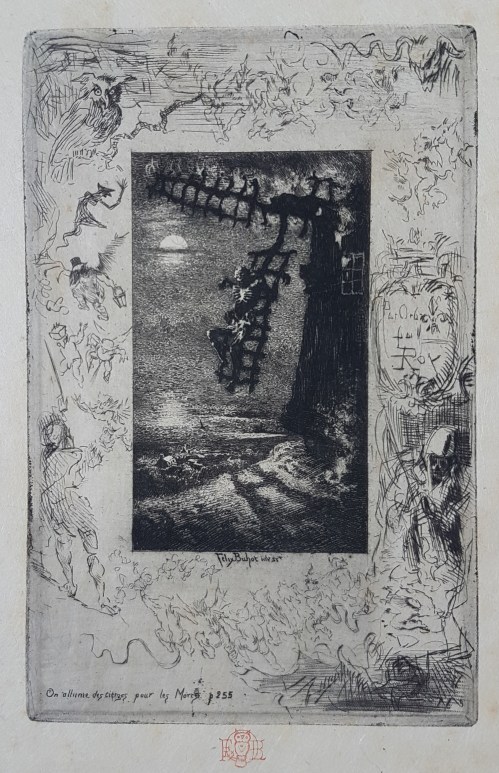 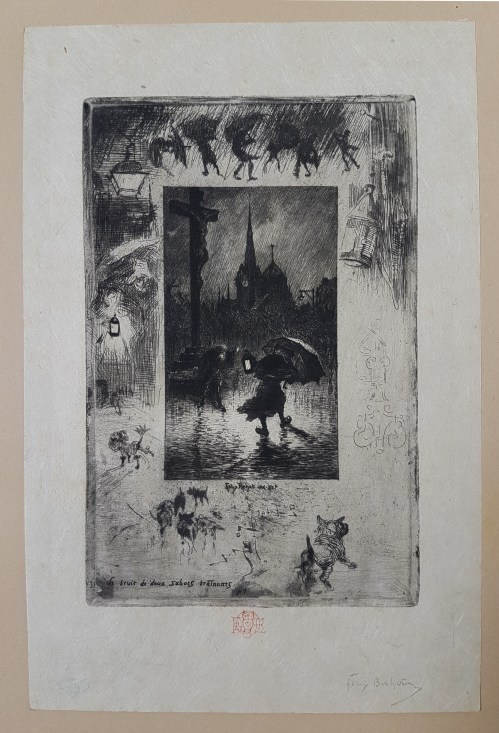 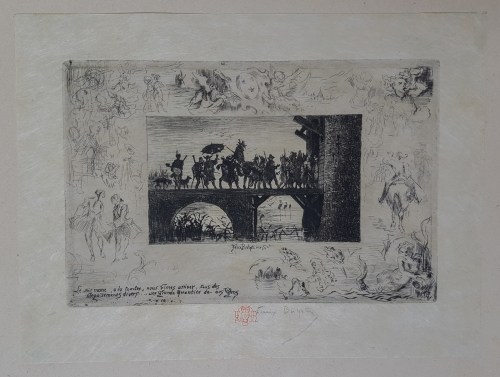 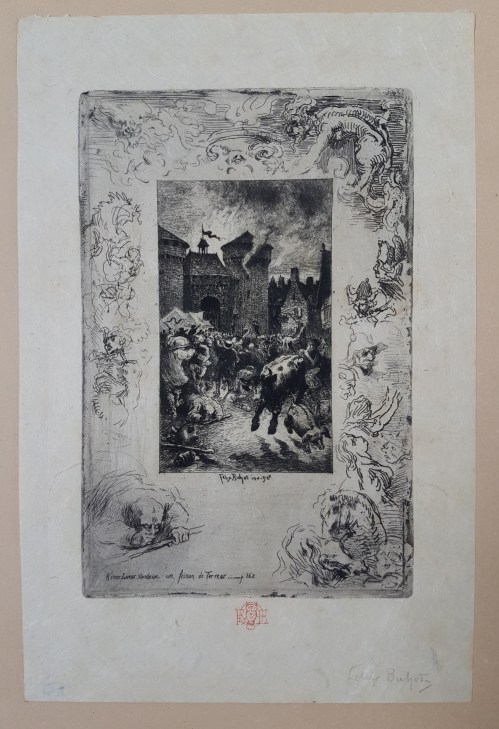 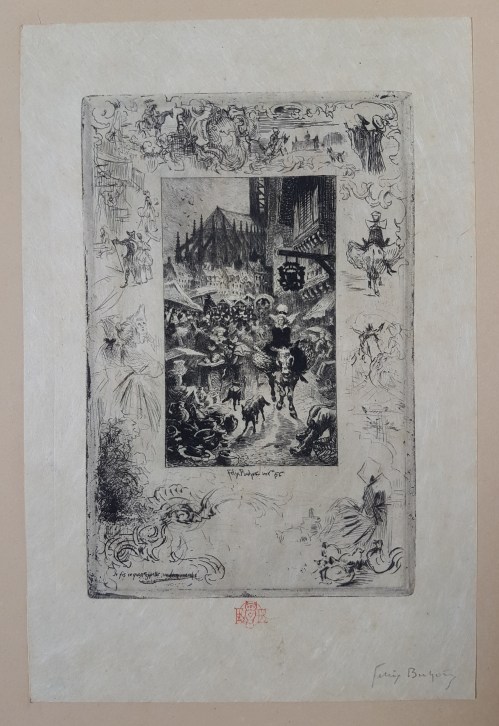 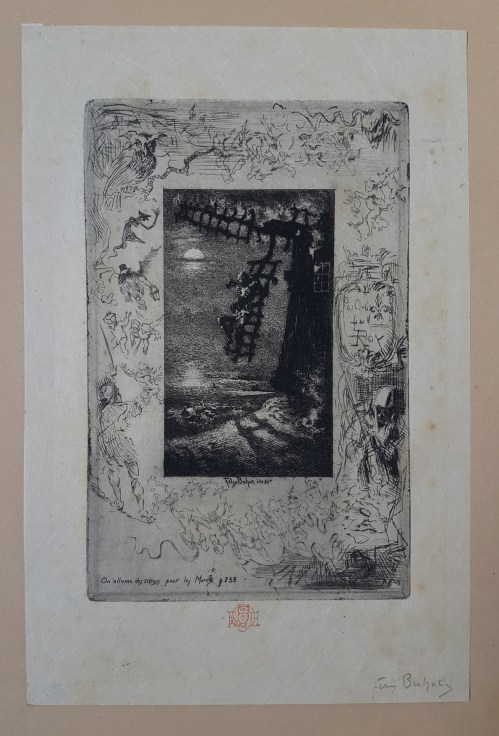 Rare complete series of 5 plates, before erasing of the symphonics margins and before the plates were reduced. Edition of only 12 copies.

As Jean-Luc Dufresne points out, Buhot made the illustrations for L'Ensorcelée and Le Chevalier Destouches “spontaneously, and not because an order was placed”. Buhot met Barbey d'Aurevilly in 1872, and the writer introduced the artist to publisher Alphonse Lemerre. Barbey d'Aurevilly was a great admirer of Buhot's work; in the writer's words, Buhot “dreams with a head that is identical to mine”.