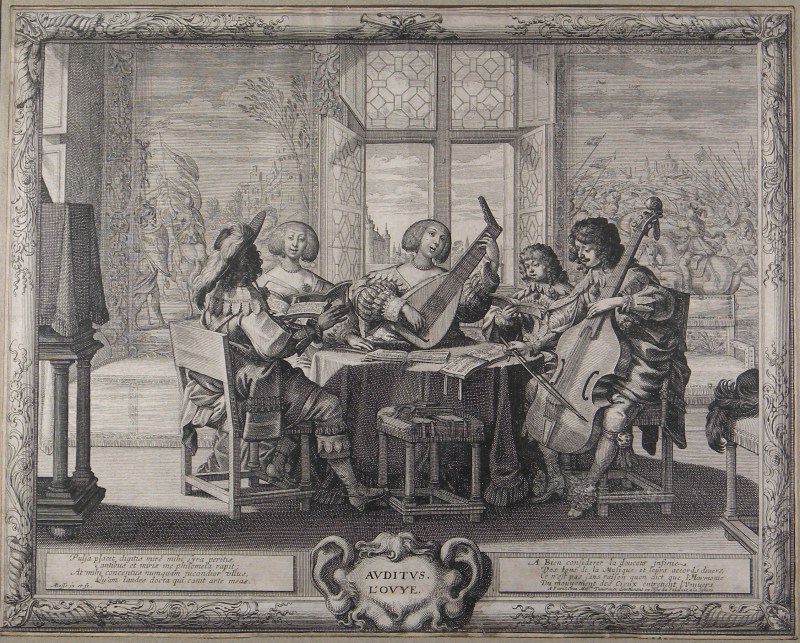 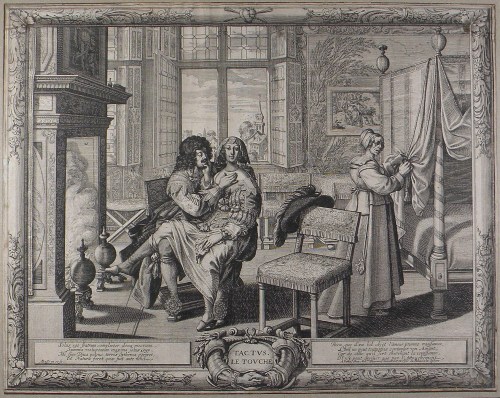 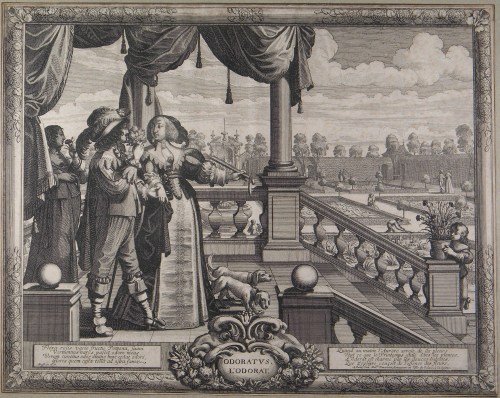 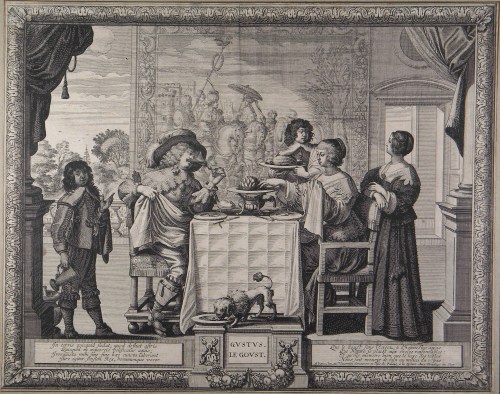 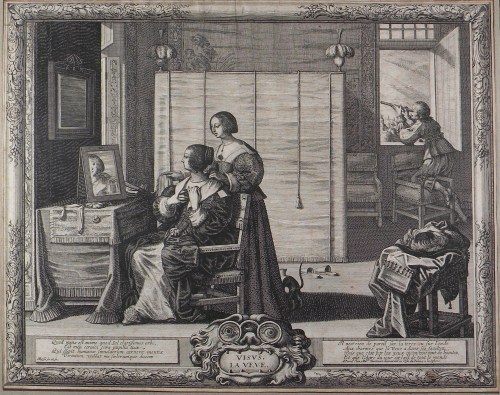 Rare complete series of these etchings in first state with Abraham Bosse and Melchior Tavernier names at the address à la Sphère, before addition of the name and address of François Langlois (also known as Ciartres) on several plates and the change of the title L’Ouïe for Les Plaisirs de la musique [Musical pleasures].

Very fine impression. Lines for text addition in the margins are yet visible in some places, especially in plates depicting Taste and Sight. Impressions are trimmed 1 or 2 mm outside the borderline, sometimes on this borderline. Some rare small or tiny tears or scratches along the borders, some rare glue stains or foxmarks. Two small rubbed areas in one plate. Generally in very good condition.

Provenance: Marcel Mirault and Madame Mirault collection: mark M.M stamped verso at the moment of the sale of their prints collection in 1938 (Lugt 1892a).

“This series can probably be dated to 1638: four prints out of a total of five indicate the address ‘à la Sphère’, which was Tavernier's workshop from 1638; the prints are mentioned in the inventory drawn up on March 16, 1638, after the death of Sarah Pitten, Tavernier's wife.” (National Archives, M.C., VI-223, March 16, 1638: “Five copper plates with engravings of the Five Senses by Bosse”) (Sophie Join-Lambert, Abraham Bosse, savant graveur, p. 191). According to Maxime Préaud, these prints, as well as other plates and prints mentioned in this inventory, were sold to François Langlois, on May 7, 1639 (id. p. 13).

It can be surmised that François Langlois would have wanted his address engraved on the plates soon enough after buying them; this would mean that those prints that have only Melchior Tavernier's address on them date from 1638-1639.
The series Les Cinq sens was a great success on its creation and was copied by painters as soon as the 17th century, thus becoming one of Abraham Bosse's best known series. It perfectly illustrates the mastery he had gained over his art, his attention to realism and his taste for refined attitudes, as well as the titles with vivid anthropomorphic frames.